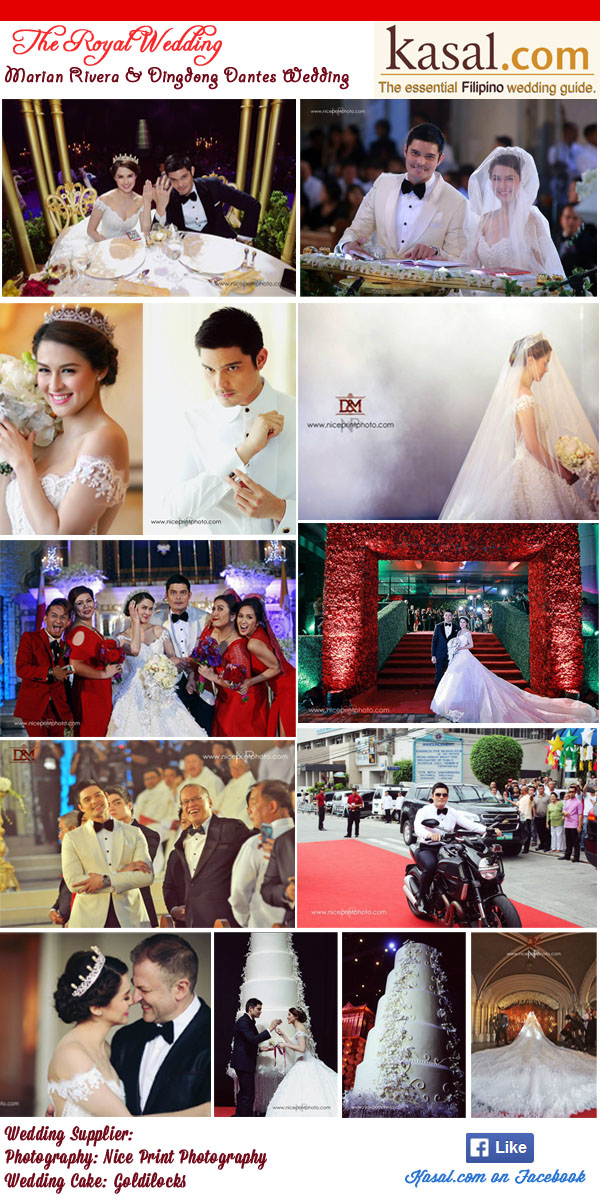 Dingdong and Marian’s wedding definitely rocked 2014. After seven years of being together, the two finally said “I do,” the way a king and a queen would.

As expected, everything about the wedding was lovely. The photos taken by Nice Print Photographyshow how perfect every single detail of it was.

Marian looked like a real royalty in her ecru ball gown, designed by the famous Michael Cinco. It was adorned by French lace and Swarovksvi crystals.

Meanwhile, Dingdong looked perfectly stunning in his slim-fit-three-piece suit designed by Randy Ortiz. And yes, he traveled to the venue riding a motorcycle.

Besides Marian’s grand entrance and their exchange of vows, another highlight of the event was her moment with her parents. In fact, another dream of hers came true that day: she was able to have a photo with her mom and dad.

After the ceremony came the reception, which was held at the SM Mall of Asia Arena. It was also beautifully decorated. It had “Spain Meets Manila” for its theme.

Apart from the celebrity couple and the guests, another highlight of the reception was the gigantic wedding cake courtesy of Goldilocks.

Exceptions to the Marriage License Requirement

A Glance of the Ancient Past

How to Make Your Wedding Instagrammable

Origin of the Wedding Cake