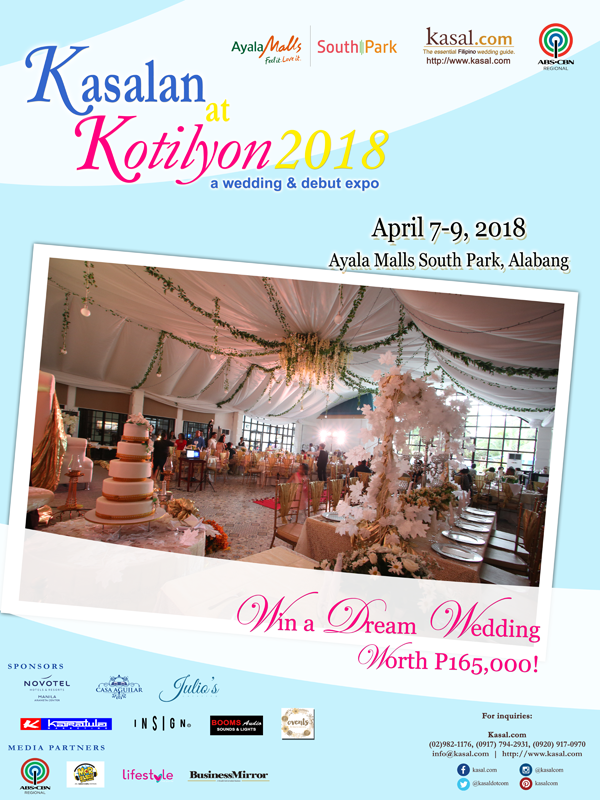 To all concerned and industry stakeholders:

Good day. Kindly allow us to provide a backgrounder and air our side regarding our event that was held last April 7 to 9 at the Activity Area of Ayala Malls South Park, Muntinlupa.

Prior to the conclusion of our event and during the awarding program for exhibitors who garnered the highest number of bookings, we were invited to a dialogue with some of our exhibitors. The group was led by Ms. Danessa Farro of Ness.Esity Events.

We were able to hear their concerns regarding:

From our end, we were grateful to also explain:

In addition, and taking into account the concerns of some of the exhibitors, an offer to give back 10% of the PhP12,000.00 exhibit fee (extended to those who signed up for the event early) was made in the dialogue.

The group’s request of an additional 40%, we took note and clarified that Management will discuss and consider other options as well.

We welcomed the group’s request for another dialogue in the next few days immediately after the conclusion of our event at our office to resolve issues.

We also agreed to the group request to sign a request-for-meeting letter.

When the letter was presented for signature, we noted the language as well as the inclusion of items that were either not part of the discussion or subject to our own evaluation.

Instead of returning the letter unsigned, and in the interest of time (as most everybody were preparing for egress), we deemed it best to make the necessary corrections and sign. We also requested for a copy as only one set was brought forward for our signature.

Unfortunately, our attempts to expedite the process were misunderstood and we were accused of belittling the group’s preparations and insulting the dignity of the letter.

Our attempts to explain were disregarded. In the course of both parties holding firmly to opposite ends of the paper, and efforts by Ms. Danessa Farro to pull the paper towards her, a portion on her side was torn off. (Please refer to the picture.) 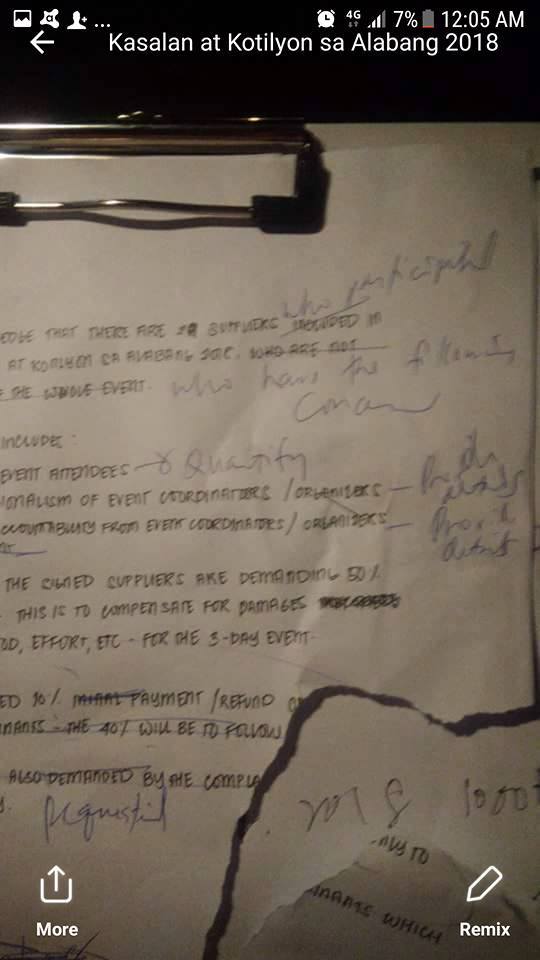 An additional accusation of intentionally tearing up the document was hurled against us.  Voices were raised as tempers turned short from the group’s side. Challenges to a physical fistfight outside mall premises were uttered.

This outburst necessitated the intervention of Mall Security who very politely requested for a cooling of emotions in the interest of a calmer discussion. (May we request that the videographer who voluntarily offered to capture the whole discussion, i.e. Ms. Angela Enriquez of Angela Enriquez Hair and Makeup, to also offer to the public the other portions of the video, specifically scenes involving the active and passionate participation of Mr. Ken Lim, the husband of Ms. Smile Lim of Smile Lim MUA?)

We have reached out to the group yesterday afternoon to confirm the participants of the meeting they requested. As of this time, we have not received any reply.

We commit to make all efforts in resolving this matter as satisfactorily to all parties as possible.

We further commit that we will be providing the community with an update at the conclusion of today’s meeting.

A Message of Concern on #CoronaVirus Pandemic

TASTE BY DESIGN: Bizu Catering Studio Teams up with Fashion Designers For a Perfect Fit

Types of Bouquets for your Wedding